In India, the true artists are found in the most remote sections and this has been proven by the renowned Sudarshan Pattnaik. He belongs to Orissa, born on 15th April 1977 and at the current time; he is popular with his sand art. He has been awarded many awards, the most significant being the Padma Shri by the Government of India in the year 2014. Being the youngest brother in his family, his childhood was full of struggle and hardships. He has this talent by birth and recognised it at an early age. He gave many years to this art and finally became an expert that now he is a teacher and owns a school for the respective art. He is currently a brand ambassador of NALCO India. 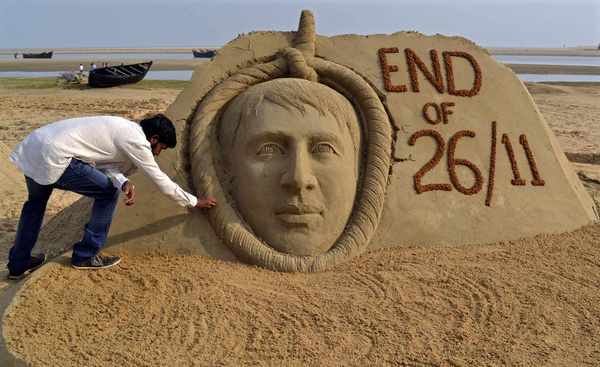 Let us first know about the Achievements of Sudarshan Pattnaik.

1. Besides Padma Shri award, he also gained other credibility in his life one after the other. The Golden Sand Art institute, established by him in India is known to be the first sand art institute.

2. The topics which are included in his sand art sculptures mostly are- famous festivals, events, national integrity and environmental crisis. Religion intolerance is the most crucial topic he has chosen which actually gave him a remarkable presence in the nation.

4. In the year 2013, he bagged in first prize i.e. gold medal at Russia during the Saint Peters Berg 12th international sculpture competition.

5. However, since 2008 till 2014 he has bagged many awards and gold medals for the country and proven to the finest talent in the country.

6. Black Taj Mahal sculpture is also made by him, to which people regarded as an outstanding art and it ascertained tremendous popularity for him around the world.

Special Activities of the Artist

Born and brought up in Orissa, Sudarshan never thought he will be able to set a status in India amongst the top most renowned artist till date. He simply became famous through the Television marketing show where the talent of India was honoured by the famous Bollywood celebrities. From the small corners of the Puri, he made his mark through the nation’s different landmarks and presented his art in between the spectators belonging to all parts of the world.

In 1994 Sudarshan started giving training to the young artists in an open-air golden sand art institute at Puri beach. As of now, students from abroad and many local places are joining the course available at his institute. His recent achievements include SAND ART book which is published upon his life and his ways of making sand into a live sculpture.

Ministry of Tourism, India has recognised his talent as one of the precious which can represent India in the coming years and also awarded him. He has astonished with his art by making peace emblem, a sculpture of trophy at Berlin during a championship event, making live human sand sculptures, religious ironical sculptures which depict the condition of poor people in the nation and many more like that.