Mumbai Suburban Railway is spread over an area of 465 km & is operating 2342 trains with 7.5 million travellers daily ! With an annual ridership of 2.64 Billion Mumbai Suburban Railway is one of the busiest rail systems in the world. Trains usually run from 4 a.m. till 1 a.m., 7 days a week. Some trains also run till 2:30 am. As a matter of fact none of these trains are Air Conditioned. But now the wait is soon going to be over for Mumbaiites !

Mumbai to get its First AC Local Train

Mumbai’s first ever AC local train which was flagged from Chennai on 31 March, has now arrived in Mumbai. The trial run for this amazing air-conditioned train kick start within a week. On Tuesday morning the AC local arrived at Mumbai and was parked car shed of Kurla. The first round of inspection of this train is being done by ground staff.

A lot of talks have been going on about the AC Local Train Fare in Mumbai. A report says that this fully air conditioned train will have a minimum fare between Rs 60 to Rs 70. The fare will depend upon the distance of the journey. Many people from Mumbai think that the fare is on a higher side. One week back General Manager of Central Railway Mr. Sunil Kumar Sood said to Mumbai Mirror that they are planning to follow the fare model like Delhi Metro for the AC local.

Some expert of railway tell that that you cannot compare fare of Delhi Metro model with Mumbai’s AC locals, as actual fare may not not be as attractive as it is planned.

A report says that the 12-car train will have a carrying capacity of 5,964 passengers, including 1,028 in seating position, people at a time. The doors of this train are Automatic.

Mumbai’s first-ever AC local is about to start 3-4 weeks after trial run is fully completed. The trial run will begin on 16 April, 2016. At present authorities have not given any specific date when people from Mumbai will be allowed to enjoy the first ever air condition ride in a local train. 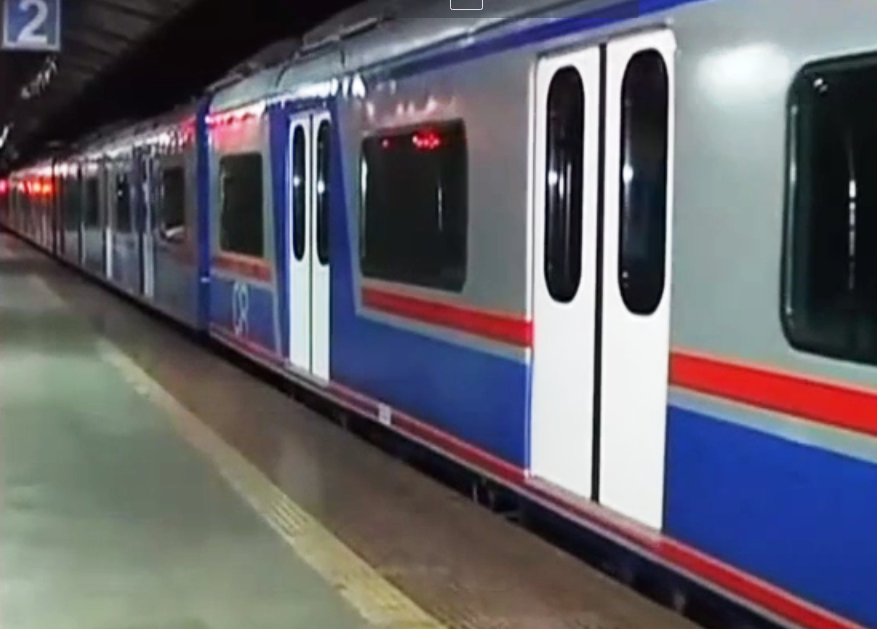 “We can’t say when trial run would get over. And anything about the lines of commercial operations can be said only after we successfully complete trial run,” Sood was quoted by PTI.

The speed of this superb silver-blue coloured AC local train will be limited to around 50-60 kmph for the mean time during the first few trials.

AC Local Train of Mumbai is built with an overall cost of Rs 54 crore with no general or first class compartments. There might be a possibility that 2 of the 12 coaches could be reserved for female commuters. The air-conditioning system in the train has been provided by Bharat Heavy Electricals Ltd. The operation of AC local on Mumbai suburban service was announce during 2012-13 Railway Budget, but initial huddles delayed the project for almost 2 years.